I am delighted to announce that the October content update is now live for Flashing Lights! As promised, this update brings spike strips, traffic cones, ladders and an axe to the game, along with a bunch of new callouts. 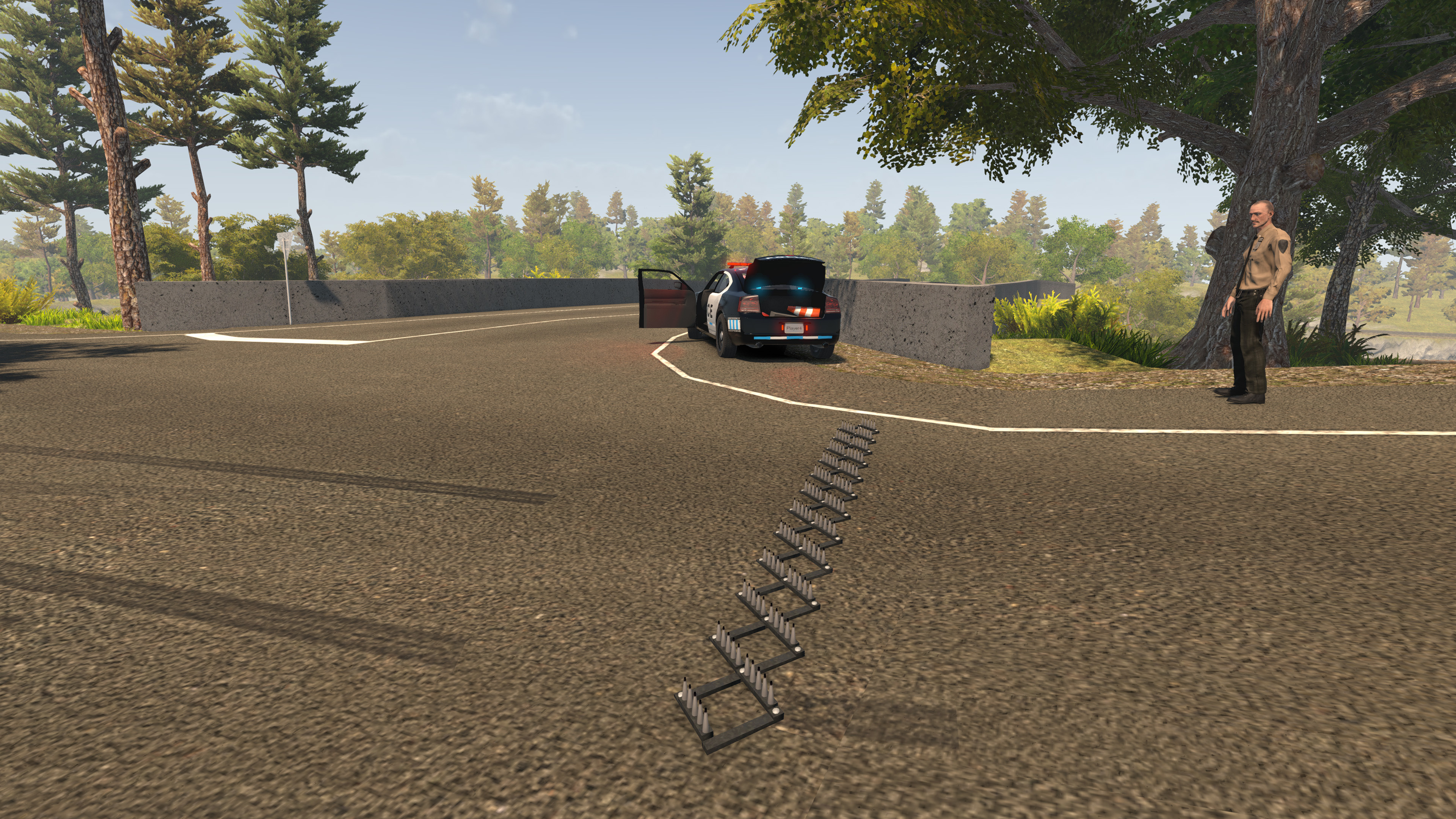 We've added spike strips for the Police Department, which are especially useful during car chases and encounters with dangerous drivers. Access them from the police car trunk and lay them down in the path of a suspect's car to blow their tires and slow them down.

All departments are now able to access traffic cones, which are vital for use during some callouts. They will help to clear a path and keep civilian traffic out of the way while you attend to incidents such as accidents. 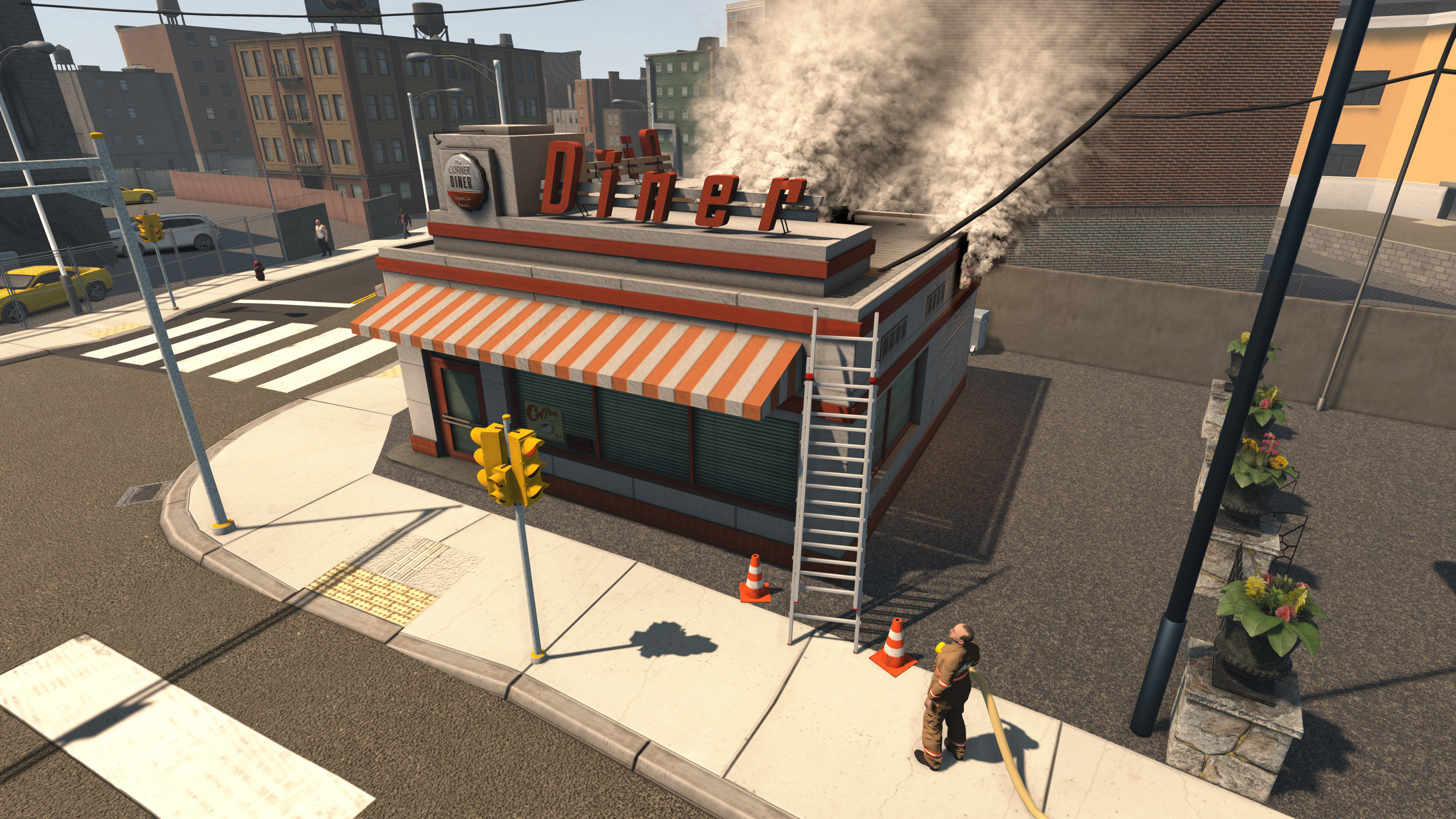 The Fire Department now have access to portable ladders. These can be accessed from the fire engine's storage department and need to be used in a number of new callouts, such as the cat in a tree rescue and some new building fires.

The axe and the chainsaw are now available for the Fire Department, which can be used to cut down trees. 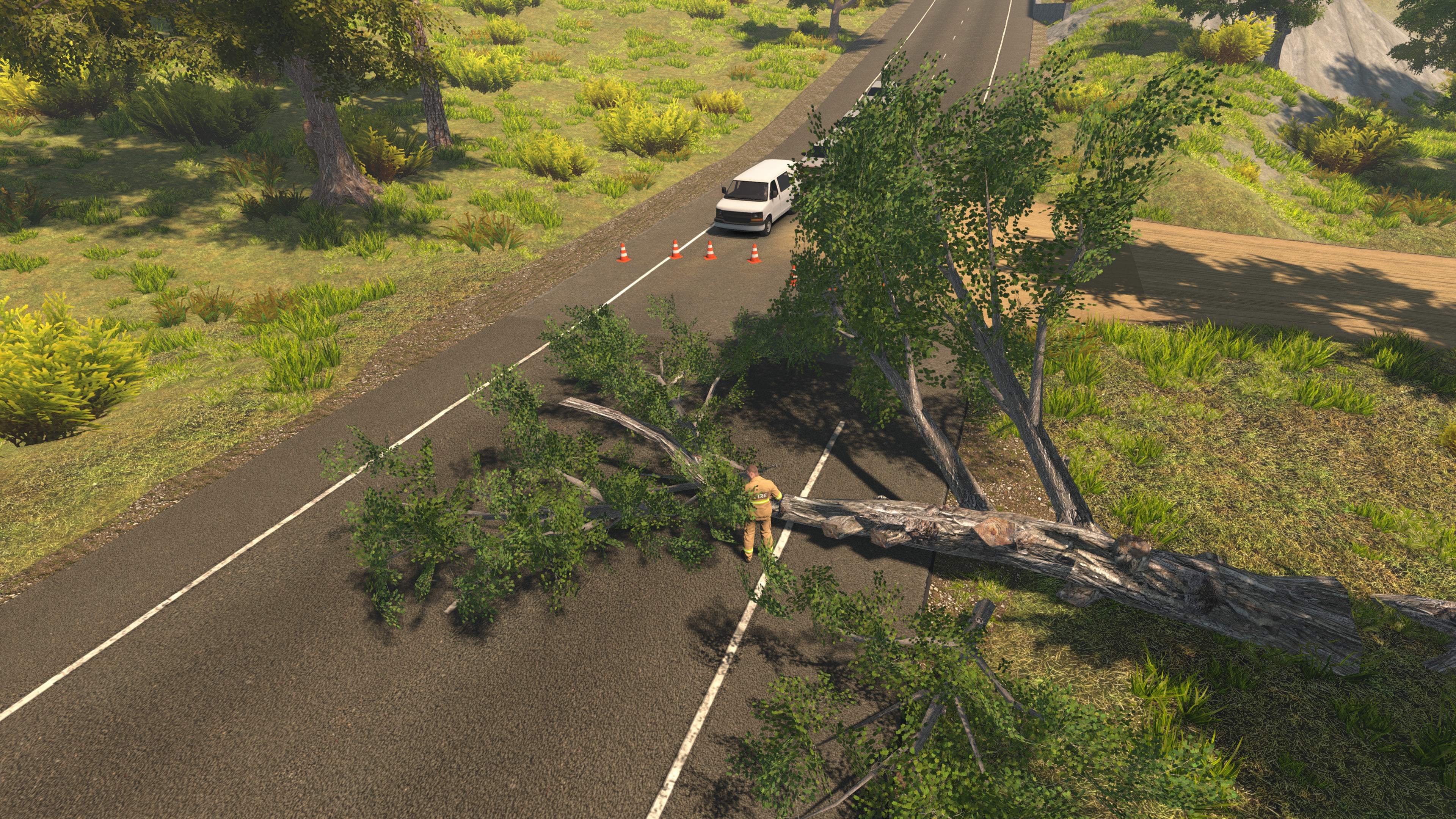 Today's update delivers numerous new callouts for the Fire Department, such as removing tree trunks blocking roads, rescuing cats from trees, and some new building fire incidents which require the use of the ladder to reach.

Note: The defibrillator was originally announced for release in October, but this has been delayed to the November update. We apologise for this.

There are also a bunch of bug fixes and small alterations in this update. Make sure to join the official Flashing Lights Discord, where you can find the full list of bug fixes in the #announcements section.